Well I for one am VERY happy Bucky beat the Goofers but the Badgers now get the beast that is OSU in Indy.  O$U has opened up as a -16.5 point favorite in that game which I kind of think is a very low line.

The good news on this game? I kind of have this hunch that UW is going to give OSU all it can handle but lose a close one.  BUT.... the bad news is?

I have seen the Badgers in person I think about 8 times in my lifetime.  The record of those games? yep it is 0-8.

It would be a monumental upset if the Badgers found a way to win this one.  I’m not holding my breath.

The real bummer would be if Penn State leapfrogged them to get to the Rose Bowl. If the Badgers win it’s a lock but if they lose it’s likely they won’t go to Pasadena.

One reason for that and only one....Illinois

One reason for that and only one....Illinois

That may keep them out of the Rose Bowl, but it probably wouldn't have made any difference in getting to the playoff even if they beat OSU in the Big 10 title game (which is a very long shot).

Even if they won at Illinois, they probably wouldn't be ranked above #7 right now, and it's unlikely even a 1 loss, Big 10 champion Wisconsin team would be picked for the playoffs above 1 loss teams like Oklahoma/Baylor or Utah. Assuming LSU and Clemson are in, there would be two slots for multiple 1 loss teams (Oklahoma/Baylor winner would certainly be one of the two so it would have come down to a 1 loss Wisconsin team compared to a one loss Utah team or even a one loss OSU team. It would have been interesting.

ESPN already has projected PSU in the Rose Bowl as of yesterday.

Just a couple of BIG, early turnovers by O$U might do it.

How would this look under your Christmas Tree   ?

Wisconsin sealed their playoff fate once they lost to Illinois.  Had they won that game, and then beat O$U this week they are absolutely in the playoffs.   Even if they beat the Bucks now the only thing it guarantees is a trip to Pasadena which all things considered would be a good way to finish the season.

Ohio $tate is in no matter what IMO.

For the Badgers, there are really three things they need to do to beat Ohio $tate this week.  1) they can’t give up the big plays.  2) they can’t turn the ball over and 3) they need to get some turnovers.

Beating the Bucks isn’t impossible especially if they can put together a similar effort like they did against Michigan and Minnesota.   In both games they got Taylor involved and also got a decent pass rush to disrupt the other team and take them out of their element offensively.   If there is any weakness it’s the offensive line for the Buckeyes.

The Badgers were in the first game until they started melting down and it snowballed from there.

Wisconsin can beat anyone if Jack Coan makes the throws he made against Minnesota consistently. That deep throw to Cephus down the middle that hit Cephus in stride looked like an NFL QB made it. The Badgers' WRs and TEs are  guys that will at least get a shot at playing in the NFL. Teams are always going to scheme to stop the run first, so if you get a QB that can make throws into small openings (the type you get when the other team's DBs are NFL caliber), they can absolutely beat anyone.

I agree with you Michigan and Tschmack.  I am not cocky enough to think OSU will lose to UW but I do believe that if Coan can throw the ball to Taylor in space and get the TE the ball they should move the ball. I will say it again OSU's inside LBs are small, not that fast and struggle covering the tight end.  Their deficiencies are covered up by the DL.

On defense they just have to figure out a way to confuse Fields and get to him quickly. If you watched the Michigan game early on they got in Fields face and he threw the ball all over the joint.  But ultimately it is going to come down to stopping Dobbins.  If they don't do that forget about it.

If I was Chryst what I would do is come out and spread the field and throw the ball.  You have nothing to lose you might as well give it a shot.  Easier said than done but if Coan can gain some confidence?  you just never know.

Expectations have to be pretty low... but if they can block them, it could get interesting...

Outside of QB the Badgers have skill position players on par with elite teams like Ohio State.  I also think the Badgers front seven on defense can go toe to toe with the Buckeyes.

My concern is our OL and their ability to defend the pass rush and our DBs defending the passes downfield.   While I like Pearson and Burrell at safety and their ability to blitz and hit and tackle near the line of scrimmage I am terrified of their ability to pass defend and very worried about our corners overall.  The thing O$U has is speed on the outside and I think that can be exploited unless the Badgers can apply a steady pass rush.   That was the difference in the ball game against Minnesota.   Tanner Morgan got knocked around or was pressured a lot.

Thats the challenge facing a team like Ohio $tate.  If you sit back and don’t let the WRs get behind you it opens the door for a guy like Dobbins to have a monster game.  If you load up to stop the run then their WRs get open or past the D for big plays.

Personally, I think you have to take your chances and try to slow down Dobbins and hope that Fields has an off day.  That might be a tall order but we shall see come Saturday.

Just don't get behind early.

8th in the CFP

LSU, Ohio State, Clemson, Georgia, Utah, Oklahoma and Baylor. Those seven teams are the only ones left for those coveted four spots.

But first, we start with a given – LSU and Ohio State are in no matter what

here is more from the article

So big stories on social media today about the game tomorrow.  If you believe vividseats, stubhub, etc.  OSU will have a crowd advantage of up to 93% tomorrow.  That of course is just tickets on the secondary market so who knows what the actual ratio will be.  I just hope Badger fans show up and I am not outnumbered 50-1 by OSU fans all weekend.

I am headed to Indy soon so hopefully I get to see a team win tomorrow! F'em Bucky!!

Well, Utah is now out of the playoff picture.

A J Taylor out

Better than the other Taylor.

I wouldn't expect Liz to do much either.

(And BK is jealous of Margaret Leighton's hair on the left.)

LSU, Ohio State, Clemson, Georgia, Utah, Oklahoma and Baylor. Those seven teams are the only ones left for those coveted four spots.

Lets start by doing this to Chase Young all night long. 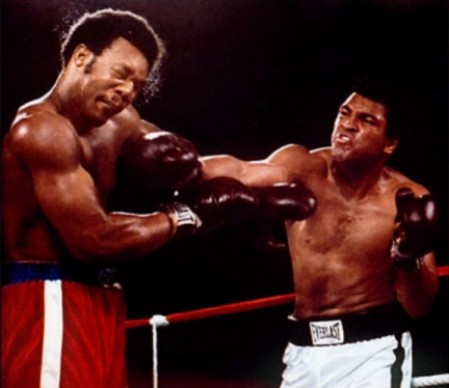 No one on the Fox panel picked the Badgers to win. Amazing that they allow Urban Meyer on that panel.

No one on the Fox panel picked the Badgers to win. Amazing that they allow Urban Meyer on that panel.

Who was he heckling?

Huge talent gap that I expect to fully manifest itself in the second half.

Who was he heckling?

on the radio broadcast Matt  Lepay, reminded us,  how the pundits picked Nebraska to win the Big Ten West,  then changed to Iowa,  then Minnesota ,  one by one Bucky knocked them off.......   and here we are

That ball took a long time to get there, but it got there

That was a statement.

Sign In To Reply
Post
Manage Topic
if 7 wr;s and a couple qb's with some other OL prospects go, take defense all day in rd1- better prospects are going to fall.
4 minutes ago

Amazingly, I thought it was Goldie commenting on Davante's numbers, not Skully.
3 hours ago

Hey Excalibur, My point is that you don't panic and reach and burn mortgage draft capital unless you're absolutely sure you have the...
7 hours ago

As long as you don’t kick the can down the road, yes absolutely
7 hours ago

From the little I saw, it looked like one-fingernail touch and you were down. Except they crashed in on Cousins and made him look pretty...
8 hours ago

Does anyone seriously see Hebert as a first round pick?
9 hours ago

Giannis shut down all his social media accounts.
9 hours ago

His and his 13 year old daughter’s death just makes me sooooooooo sad. He wasn’t a gawd, but he was a fantastic basketball player and he...
10 hours ago

My kids got a high five from Vonnie Holliday at training camp his rookie year. None of us had a clue as to who he was.
11 hours ago

They could always trade up for Trubisky.
11 hours ago

That's not what I posted. At the time, during the draft....Holliday was the football player. Moss who obviously had ooodles of talent...
11 hours ago

You're the one saying they MUST take ARs replacement in the 2020 draft. But it doesn't have to be in the first round. I mean, if you...
11 hours ago