I think Pettine is scared of good QBs and doesn’t want to have a points race.

Which is stupid,  because, Aaron fucking Rodgers.

I'd go with Milk Sherman at this point in time.

I doth protest and not too much. 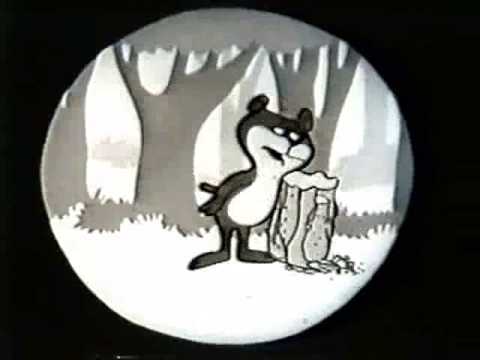 King isn't as bad as he is made out to be. He is a much better player in man coverage than he is in soft coverage, or zone coverage. His length gives him the ability to beat the receiver he is covering. Pettine doesn't use him correctly when he puts him in soft coverage. King's real problem is injuries that keep him off the field.

He's above average.  His injuries do him in.

Apparently our ST are “not a prioroty”

That Colts game showed why we can't legitimately contend this year.

Add MLF horrible play calling in the second half, and it was revealing.

That Colts game showed why we can't legitimately contend this year.

4 turnovers are the reason they lost to the Colts.

If they don't turn the ball over like they hadn't in September, we'd be seeing blowouts of epic proportions.

I'm no fan of Pettine my Kitty nor Spinal Menengitis but there is only 2-3 other teams in the NFL that are anything to worry about & most play in the AFC so if the Packers get there, they only have to beat 1 of those AFC teams.

Not sure where the info that Pettine had a 5-year contract came from...that seems fairly unheard of a duration for a coordinator. Doesn't seem like something Russ Balls would have signed off on.

If it is true, whoever decided that needs to be fucking fired. In fact, it's time for the Packers Board to turn up the hear on Alfred E. Numbnuts and put some fear into him for this dumbfuck "Silos of Failure" model he's made. Let your GM and HC decide who your coordinators are, and then you go find the money to make it happen.

If you are going to have a President with that much power, at least get an NFL guy in there, not some former athletic director. I know the board is all hung up on finding the next Bob Harlan, but Murphy couldn't hold Harlan's jockstrap. Harlan hired Wolf and got the fuck out of the way. Murphy has had his dingleberries in every decision it seems from coordinators to the guy in charge of towels and ashtrays.

The fire angry bald man marching band won't rev up for another month or so. That's when the Packers will play the Titans and this defense gets run over by Henry.

Until then, they play bad teams including the Lie-downs, Eagles, and Panthers. All games that Pettine's D should be able handle. If the Packers offense rolls like they should in those games, this defense will look good because teams (like the Bears did last night) will ditch the run and scramble to keep up with Rodgers.

So the mirage of this D continues for another month..

Not sure where the info that Pettine had a 5-year contract came from...

So I'm guessing this "rumor" came from a clearly sarcastic entry into Wikipedia by someone which was eventually deleted by Wikipedia (see below).  Because if you go to his Wikipedia entry today, the comment (below) doesn't show up. Much ado of nothing.  Pettine will most likely be gone once the Packers are bounced from the playoffs in January.
The Packers signed Pettine to a 5-year extension in January 2019 and want to announce it after a positive defensive performance. They are still waiting today. Pettine is also famed for being the first to implement a defensive scheme in which an edge rusher is repeatedly placed at the cornerback position for absolutely no logical reason .
College: Virginia
High school: Central Bucks (PA) West
Position: Defensive coordinator
Regular season: NFL: 10–22 (.313)

That's why I said before....MLF has clout now - start with Gutey & if Gutey says his hands are tied, march straight up to Murphy & threaten that mother fucker if he (MLF) can't have his guys, bye bye....find yourself a new HC. Risky? Of course... but Murphy shouldn't be making ANY decisions on coordinator positions. If WMM was smart....clearly he isn't, he would follow Harlan & let FOOTBALL people make those decisions.

they play bad teams including the Lie-downs, Eagles, and Panthers.

So the mirage of this D continues for another month..

I'm actually a little worried about the Lions without Patricia. Eagles are well coached but they suck & Panthers present some issues as well.

Lions damn near got the Packers last year. Stafford, for all his warts, isn't Mitchee. He won't be as generous with the ball. And the Packers are just bad enough to make him look like vintage Joe Montana.

There are zero gimmes with this defense.

I'm actually a little worried about the Lions without Patricia. Eagles are well coached but they suck & Panthers present some issues as well.

While I didn't see the Lions game on turkey day , I heard reports from those who did that their effort in the Texans game was almost criminal, especially in the 1st half. Completely uninterested per reports and guys already thinking of the off season.

Can't say I blame them. What a shit show of an organization that is. But yes, in the past playing in DET was a pain in the ass. I guess we will see what their effort is

Not a lot to be inspired about for a bad team playing another bad team in an empty stadium late in the season. But they'll be inspired to play the Packers, a divisional opponent, and it would make their season to win that game.

Lions damn near got the Packers last year. Stafford, for all his warts, isn't Mitchee. He won't be as generous with the ball. And the Packers are just bad enough to make him look like vintage Joe Montana.

There are zero gimmes with this defense.

Stafford is better than Phillip Rivers and Kirk Cousins. He's probably better than this year's versions of Brady and Brees. You put him on the Bears with no other changes and the Bears might win the division.

If the rumors are true about the Broncos are really firing Vic Fangio, teams should be lining up to pay him to be their DC