Saw the season in a half an hour wrap show on Fox Sports......damn they looked very good, until San Fran......whew, that was a buzzsaw game.   What the hell happened in this game???  Was San Fran THAT good??

Plain and simple, we got schooled on both sides of the ball. We got whopped physically. San Fran was definitely better both times we faced them.

That we had no answers in the second game was very troubling.

Our run defense could not stop their running game. We will have to see what changes Pettine makes for the next season we play in. Not drafting run defenders did not help our chances for this next season, either.

And the main change for this year was to replace Martinez with Kirksey.  Kirksey, at least before his injury challenges, was a lot faster, so maybe the sideline to sideline pursuit will be better. Maybe Kamil Martin makes a difference too?

If there is a season, the Packers probably are just hoping they don't have to match up with the Niners again.

Yes, the defense was bad. The offense was no better.

Ass kicking all around

Plain and simple, we got schooled on both sides of the ball. We got whopped physically. San Fran was definitely better both times we faced them.

It doesn't help their coaching staff knows the Packer coaching staff very intimately That includes Angry Bald Man, Pettine as he was the HC in Cleveland when Kyle Shanarat was the OC there.

That in my mind is the biggest key. They knew what the Pack was doing on both sides of the ball every play & the Packers had no answer for their run which kept the best player on the field (Rodgers) on the sidelines.

But the Packers should have had just as good of book on San Fran.   Just plain out coached.

I think our coach is such a lightweight......JMHO.  what were his credentials anyway.....and I know in his first year he was the best winning percentage coach then ANY OTHER COACH in their first year.......BUT, I think he’s a lightweight.

But the Packers should have had just as good of book on San Fran.   Just plain out coached.

If you flip the coaches, who wins? I would say San Francisco still wins handily. It's not a hard game if you can hand the ball off 45 time for 285 yards. That's personnel more than coaching.

I meant out coached as in game prep.

Tough talk from @Goldie - I like this new personality. Agree @ammo So disappointing as I was expecting a really good game that never happened on my favorite football day of the year,

Lots of a factors, but it comes down to they just didn't play well across the board. SF was amped up for the heavyweight fight and GB was too busy trying to get their shit together a day late. I think depth at DL, ILB, and WR got exposed, but overall the pieces we had that played well in 13 other games also just didn't show up...coaching included. They lost momentum, young guys are more impacted by big momentum shifts than older vets...guys like King, Jaire, Savage, WRs, RBs, DL, all just couldn't find the juice to get back in it.

If memory serves me right early in the game on third and short Rodgers tried to force a pass to Jimmy Graham that didn't work when he had Jones open for the first. We needed some drives established early on....

If memory serves me right early in the game on third and short Rodgers tried to force a pass to Jimmy Graham that didn't work when he had Jones open for the first. We needed some drives established early on....

The Packers offense played poorly, but converting that first down you reference wouldn't have mattered. The defense had no chance against the Niners. The Niners didn't do anything fancy in that playoff game. Their best offensive player, George Kittle, caught one pass for 19 yards. The Packers had no answer for him in the first game and yet the Niners just decided to hand the ball off 42 out of 50 plays.

In the playoff game, the Packers forced a punt on the Niners first drive and then allowed the Niners to score on their next 6 drives. Over the last 5 of those 6 drives, Garappolo completed 1 pass for 6 yards (on a third and 8). Unless the Packers scored on every one of those drives, they had no chance.

The Packers played 2 games against the Niners last year and were outscored 50-0 in the first half of the two games. They could have lined up 12 guys on defense and I don't think it would have mattered.

As Bob Hope crooned....thanks for the memories. 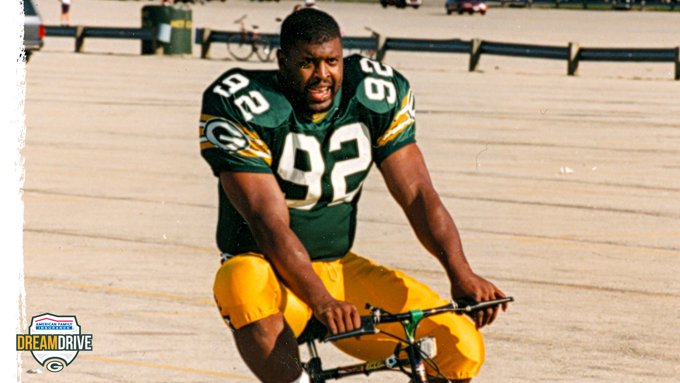 give me another 92,  and lets line up against the 49ers again.

Everyone talking about them like they are the 85 Bears.  Just like the Hawks and LOB.  The Pats juggernaut.  All good things must come to an end and I wouldn’t assume this 49ers team is destined to be great or will even make it back to the SB.

The modern day NFL is not set up for teams to have sustained success except for those cheaters in New England who are now in full anti dynasty mode to tank and get the 1 pick.

There’s a 50% chance the Chiefs won’t even make it back and they are the best team in the league.

The Packers have some holes for sure but if everyone plays to their ability and some of the younger guys take a step forward this could be a very good team.

Sign In To Reply
Post
Atlanta is going to be desperate for a win, they should be 2-1 but they are not.
3 minutes ago

They were the better team *tonight*.
8 minutes ago

First team in NFL history to score 35+ points in the 1st three games with NO turnovers. Also the 1st time in history the team has zero...
13 minutes ago

Really loving what is going on in Chitcago. You know the saying, "When you have 2 starting QB you have no starting QB!!!"
27 minutes ago

I think it's more Todd Gurley that's licking his chops. The Packers have the personnel to stop downfield passing attacks (Alexander,...
52 minutes ago
What gets me is why they just didn't let him play out this year and move on without all this burden. Same reason I guess they gave the...
53 minutes ago

They literally can't do anything with him until 2022 unless they are going to cut a bunch of guys to cover the cap acceleration a trade...
1 hour ago
Re: It's Dirty Birds Week
1 hour ago

I heard they signed a new QB. Owen Tree.
2 hours ago

Losing Gary yesterday hurt. Hopefully they'll keep Keke out there more often and also get Wagner back at RT.
2 hours ago

On another (non-football) forum I frequent, one of the posters is from Romania. This morning he had the following to say: Always bet on...
2 hours ago

I haven’t noticed that. Preston simply isn’t winning and Z is only lining up as an edge half the time.
2 hours ago