Jones and Monty.  Both are needed.

It seems pretty clear to me Monty is trying to "think like a RB" instead of just ripping off runs like he was last year.  I'm sure there is a bunch of technique he is trying to implement and he will need work but the guy is a baller.  As others have stated, Jones is used to the position.  The two of them in tandem will make the run game a constant contributor.

Maybe not the right thread, but I'd like to see Mays get carries over Williams.  Williams hasn't done anything with his opportunities.

Obviously we are talking 3rd string here at this point, but if Monty isn't ready for MIN, lets see Mays as 2nd string.

I'll say it cuz I believe my eyes - Aaron Jones is the best RB on the team.  I thought he was the best rookie in TC ...

I agree, Tdog.
I try to keep in mind that although we have seen very little of Williams, even during the pre-season, the coaches see him every day, etc. etc., and I should trust their judgement.
But he has done next to nothing when he has played, with largely the same blocking as Jones. The OL certainly haven't been road graders, but Jones is able to find enough of a hole to make some good runs.
I think there is a lesson in there somewhere.

To vote for Jones for rookie of the week, click here.

To vote for Jones for the ground player of the week, click here.

Where to we go to vote for Jones to get more touches?

He's getting as many touches in the last several weeks as 88 was getting before he injured himself out of the lineup.  33 doesn't need more touches.  They just need to keep his involvement more regular throughout the game, not feast or famine.  Keep pounding him and he'll be done by Dec. and we'll be talking about Mays/Montgomery.  Kareem Hunt is getting 20 touches a game and it'll be interesting to see if Reid continues with that through 16wks.

What do you do with 88?  move him around more like they used to occasionally do with Cobb, but more carries.

I once went sledding without a helmet.   It was the most  exhilarating 2 mins of my life.

So let's throw it to Davante Adams on third and short. Instead of "doing what we do." 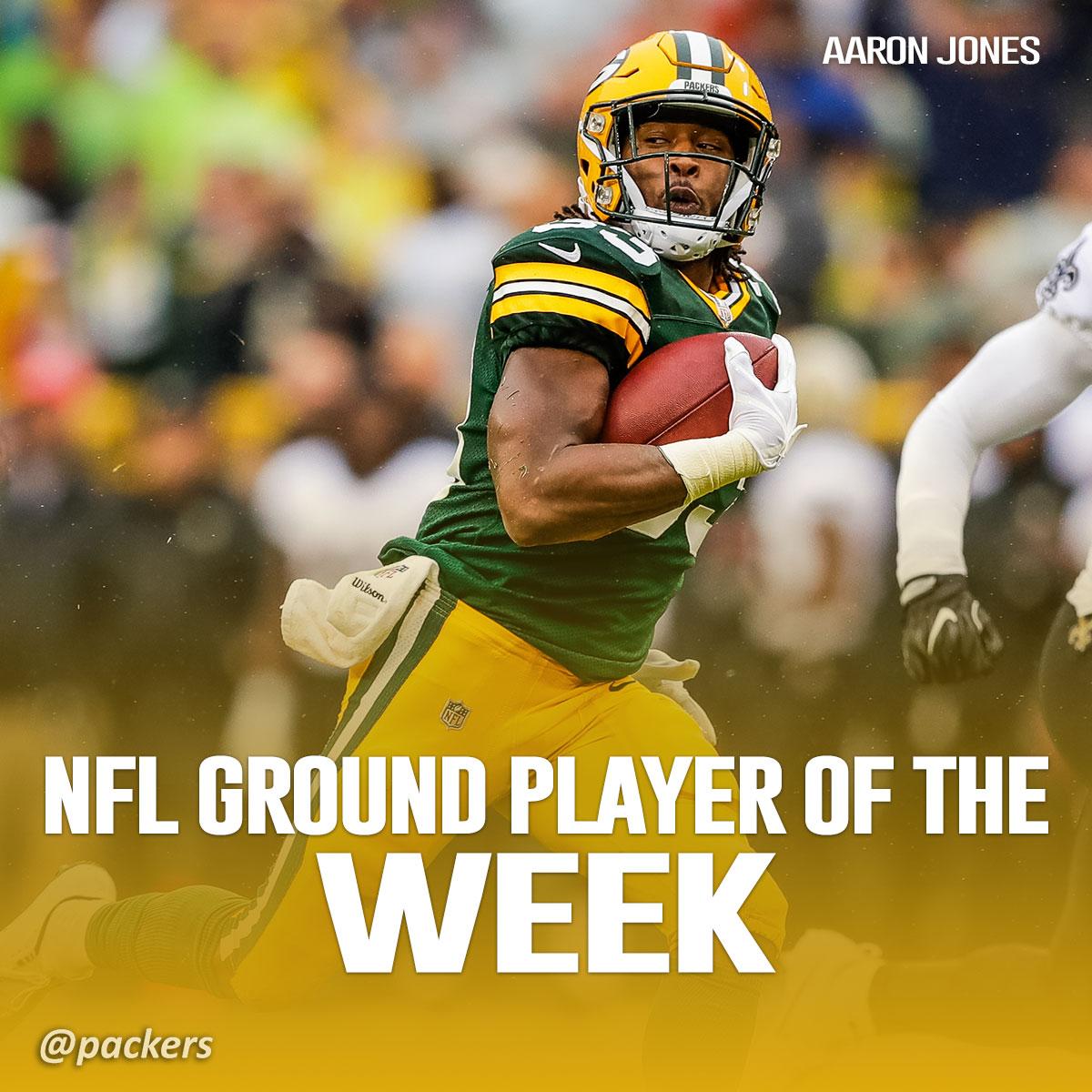 Somehow I don't expect Hundley to be the Air Player of the Week.

Makes the two first half 3rd and less than 1 last week even more baffling.

Monty is Brandon Jackson part 2 - a good third down back. A better receiver but not as good a blocker as Jackson.

I just don't see a ton of similarity with Monty and B. Jackson.   At his absolute best, Jackson was an assignment sure good teammate type guy who was a decent receiver out out of the backfield and solid in pass pro when he stayed in to block which was often.   Monty has shown some skills that Jackson never had, I mean there is no way in Hades Brandon Jackson was ever going to be playing WR and yet Monty has played it before and probably can again.

Jackson was definitely better in pass pro than Monty and maybe stayed healthier than Monty, but Monty is definitely more skilled as a receiver overall.  As a RB, at times Monty showed more promise than Jackson, but he does have trouble staying healthy which has stunted development.

What, driving without a valid license?  Speeding?

If there's some sort of suspension associated with this, get it over with this year which is looking like a wasted season at this moment anyways.

And given he was busted for a DUI in college (2016) and given diversion, apparently getting high or stoned before driving is no big thing to him.

It's a big thing for me. Get a driver, don't drive, sleep it off. I don't care, but don't get behind the wheel.