...because it's football.
...because nobody bothered to start a post on the first game.
...because we need a distraction from the Packers' poor performance yesterday.

...because it's football.
...because nobody bothered to start a post on the first game.
...because we need a distraction from the Packers' poor performance yesterday.

You wanted a crushing, and you got it.

KC/Buffalo suffered from a terrible start time.
It did keep the local news from airing (a good thing), but dinner prep and consumption prevented quality viewing.

I could feel sorry for the Cokeboys... but I don't!

Awww, the Cowpies turn the ball over.

Well, good for the Cards.
They may not need many points tonight.

How come Zeke isn't doing his feed me schtick now?

Dallas is a fu**ing mess. The injuries are likely what will keep McCarthy around in 2021.

Mike McCarthy is $$$$$ when forced to start a backup QB.

So much energy, enthusiasm, and innovation. 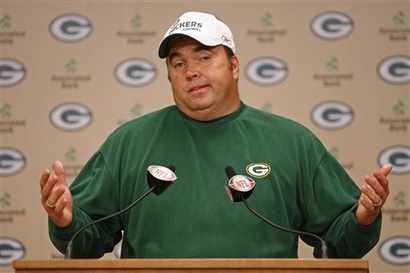 Dalton is as bad in Dallasss as he was in Cincy.

It's hard to believe that someone with Dalton's experience can regress so much.
He should've been the least of any problems for the DallAss offense.

Mac's hiring of another good buddy to coordinate his D down in Dallas in Mike Nolan is working out about as well as his undying loyalty to Dom Capers.

Cowboys have allowed 218 points in their first six games, tied for fourth-most in NFL history.

I wanted Dallas to win that division because I never felt like they posed a threat to the Pack in the playoffs.  At this point I’ll hope the Giants win it but I think Philly will.

A healthy Philly team can give the Pack problems as they showed in 2019.  They are so beat up, they aren’t a threat at present but when they get some of their injured OL, WRs, and TEs back they’ll start to right themselves and win that division.

I don't feel not even one bit bad about the Cowpies and their fans.  To me there is only one fan base worse than the spermheads and that is the Cowboys fans.

I work with several Cowboys fans and I warned them about the fact the defense is going to suck under MM.  None of them believed me.

Didn't watch, but I think I know how the game went. At least Mike can find comfort that when he gets canned he will get a job in 2 minutes.

To be fair to McCarthy, and bonehead in-game management decisions aside, I would be curious which coach has a winning season losing both OTs, starting QB, and the starting center (retired) with an owner like Jerruh probably breathing down his neck. He’s in a really shitty spot right now.

Can understand the offense struggling with those injures, but the defense......

Stop me if you've heard this before:

Troubling trend, part 3: The Cowboys are 6-19 in their past 25 games started by a backup quarterback, dating to 2010. McCarthy has a 6-12-1 record with his backup quarterback. These aren't good things with 10 games to play.

Stop me if you've heard this before:

#Cowboys players initially bought into keeping things internal. Now as they sit 2-4 the discontent is leaking out. On the coaching staff “totally unprepared. They don’t teach. They don’t have any sense of adjusting on the fly.” Another “they just aren’t good at their jobs”

And another stop me if you've heard this before:

Even without Dak Prescott, Cowboys say plan stays the same on offense

"Despite losing QB Dak Prescott for the season, The Dallas Cowboys have no plans to change anything about the offense they are running"

Ah yes. As personnel changes, you know, like the most important position on the team, MM will stand pat and do nothing. Sound familiar?

Not unlike when he had an athletic DeShawn Kiser and even a Brett Hundley and designed absolutely no plays to highlight their ability to run with the football. I'm not saying that would have led to more wins in and of itself,  but it just floors me after reviewing mass amounts of film in his year off and having a pow-wow with former coaches that MM learned absolutely nothing.

It's still "we do what we do". It's same ole stubborn McVince.