No wonder your Cougar is coming after me

Obviously not ideal in Bakh can't go. Might want to give Jenkins a shot seeing how poorly Wagner played there on Sunday.

Oh, I thought this was a Texans week game thread, not an old fucks amble down memory lane thread.

At least our memories are still intact.

Per Bakh yesterday via AM1250 The Fan regarding his injury “It’s not season ending. I’ll be out there as soon as I’m ready”. Would not give a time frame.

Pure guess: If they feel they can win at the Texans and at home against the Queens without him, it would make sense to bring him back at SF. 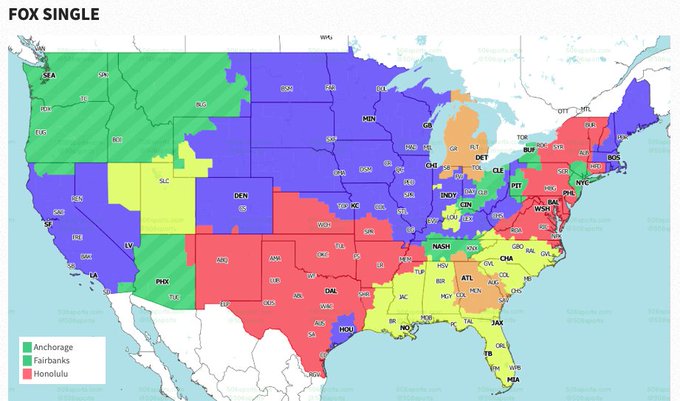 If you're in the purplish area, you'll see the Packers take on the Texans at noon CT on Sunday

It didn't sound to me like Bakh's chest injury is serious, so I would think he will do everything he can to play.

I don't know the status of Tyler Ervin or Tonyan etc.

Tell us about yourself....I'm like the X4 Welcome Wagon Lady.

PFT still has a forum? I used to post there years ago before they got bought by NBC. That was back when Florio used to respond to emails directly also...he was easy to rile up by shit talking the Vikings.

Thanks for the welcomes!

Yeah, PFT is quite interesting. Very biased against the Packers and comments only post after Florio's people have checked them to make sure they don't go too far against the PFT(Florio's) agendas. One troll posting 900 times a day on 200 different names. Florio is most likely involved in that as well. Florio is a weasel, a failed former lawyer, and in NO WAY a journalist.

This Texans game is a important W. Minnie won't be a cake walk win and then it's out to San Fran on a short week. I am not all that confident the Packers get the W in San Fran. Important to be 5-1 after this week.✊

Yeah I remember it used to be heavy Vikings and Bears fans and shit on the Packers constantly. I remember telling Florio after the 8-8 2006 season that the Packers were going to dominate the division with MM and grab another SB and he straight up told me I was an idiot...Favre was washed up, Rodgers was a Tedford QB, no receivers, etc. 🤣

Matt LaFleur on Elgton Jenkins: "In the draft process, you're always trying to hit home runs, and I think we did that with him."

Asked LaFleur if Jenkins or Billy Turner are LT options this week. He did not answer, other than to say #Packers are looking at everything.

Texans rank 32nd in the NFL against the run.

Pack should be able to put up a lot of points.

But Watson has some weapons at WR so this looks to be another shootout.

Got to think the seat is getting pretty warm under Pettine and am interested to see how his unit performs on Sunday.

This week. I'm betting the over (57) It's locked in. Basically Vegas can't make the line high enough

I thought you stopped betting on the NFL.

If Bacteria is out or less than super who is going to block Mr Watt?

Someone needs to keep him out of Mr Rodgers neighborhood.

I think the Packers lose this week too. I don’t think the defense has hit bottom yet. I don’t think the offense has recovered from the ass whoopin they endured last week. Those kinds of shellackings have a hangover effect, and their confidence sure look shook after the game.

I think the Packers lose this week too. I don’t think the defense has hit bottom yet. I don’t think the offense has recovered from the ass whoopin they endured last week. Those kinds of shellackings have a hangover effect, and their confidence sure look shook after the game.

I must have been asleep in the part of the movie where the Packers lost two games in a row under LaFleur.

I can't doom-and-gloom yet, but if there is anything that can neuter our offense, it would be OL woes.
I have confidence in Patrick, Runyan, and Wagner to get the job done until I see otherwise, but defending the likes of JJW is a tall order even for the better OL-men around the league.

I must have been asleep in the part of the movie where the Packers lost two games in a row under LaFleur.

That’s fair- but football has been football for a long time. I’m hopeful that a hangover isn’t coming, which is how I felt after the game. But man... they’re really beat up and the talk of a bad week of practice leading into the game makes me think there’s something wrong that a week isn’t going to solve.

If Bak can't go I expect to see Jenkins at LT

Even great teams can lay an egg (see: 1962 Packer Thanksgiving game). No real reason to believe the bad performance I saw Sunday is part of a larger trend.

If Bak can't go I expect to see Jenkins at LT

I think Jenkins is good enough to handle LT.  Hell, his performance out there might give the Packers some options moving forward in FA regarding Bak.