No matter what era, the champion is the last team standing.

Former Bears TE Martellus Bennett on why Chicago did not win more games when he was a member of the team. 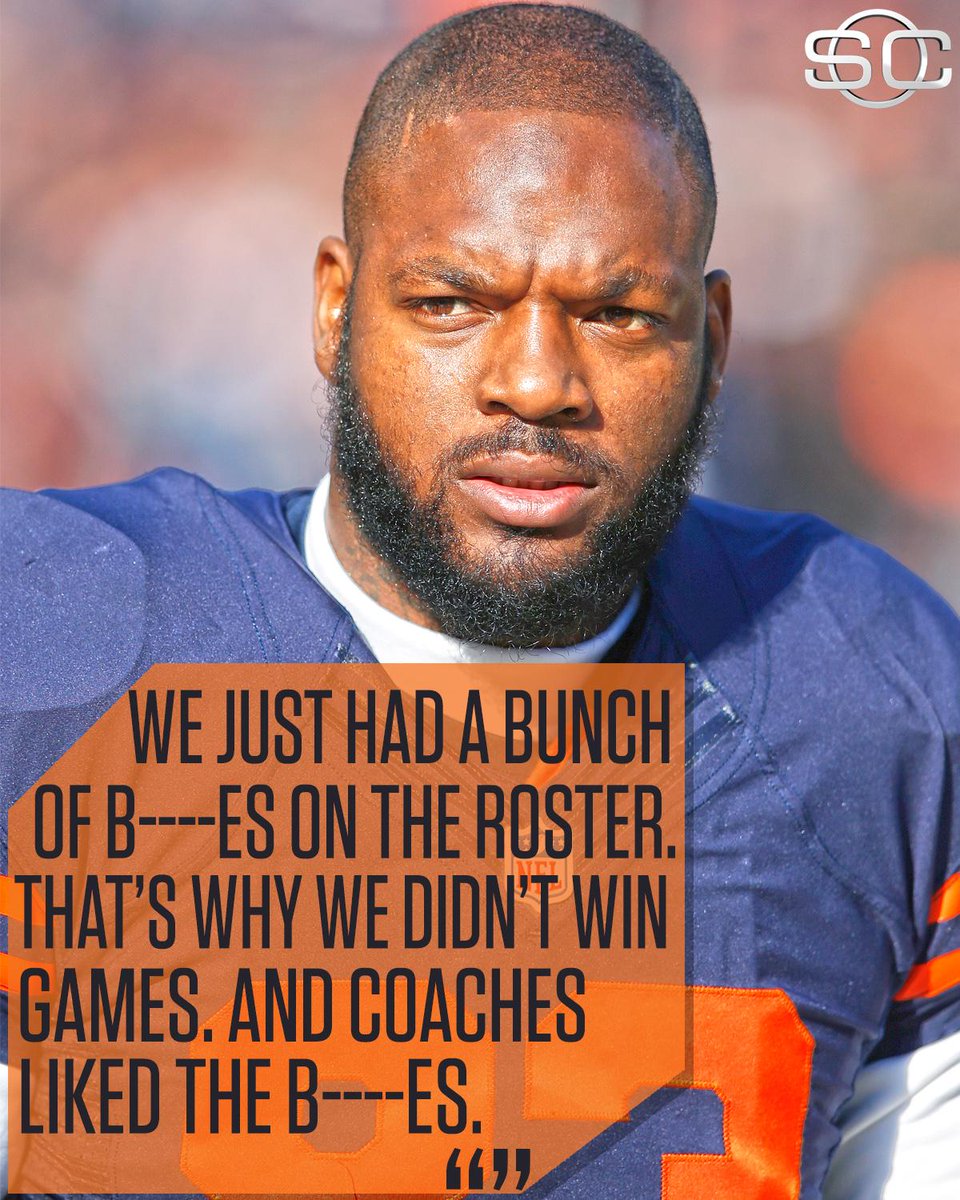 The Vikings are like a relative that is historically bad at keeping a job and becomes an a**hole whenever they get a new job and start making some money...

Instead of B----ES he should have used CUT--RS.

Former Bears TE Martellus Bennett on why Chicago did not win more games when he was a member of the team.

If we do not win a lot it will not be his fault. Somebody just lost their wikipedia privileges.

But ya, it was worth it!

True or not, this link is hilarious.

Shouldn't this show the Bears also receiving the first overall pick in the 2018 draft? That's really where this is headed. 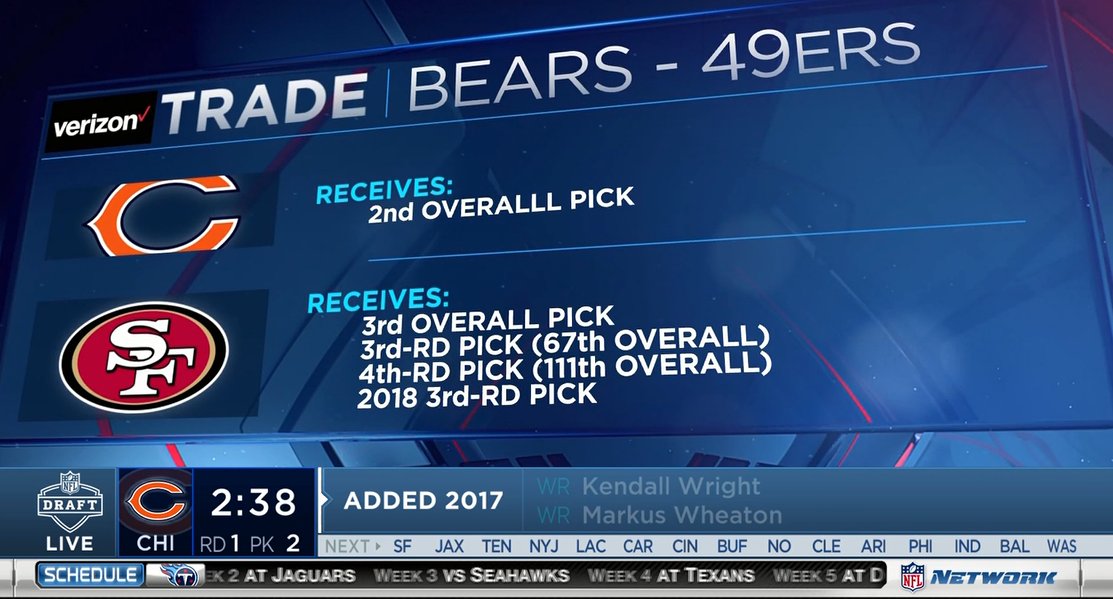 True or not, this link is hilarious.

Chris Mortensen is reporting Bears coach John Fox first heard of the plan to trade for Trubisky two hours before the draft started.

Can't wait to hear Cutler on the job. Just wondering if he'll be any good....

Bears Donkeys game would be a good baptism

To get Jay prepared, they've hired a broadcasting coach they think best fits his style and personality. 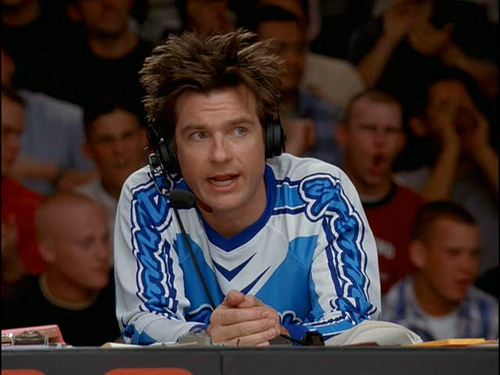 "You've got to understand the situation and be more careful with the football. You can't turn the ball over there... 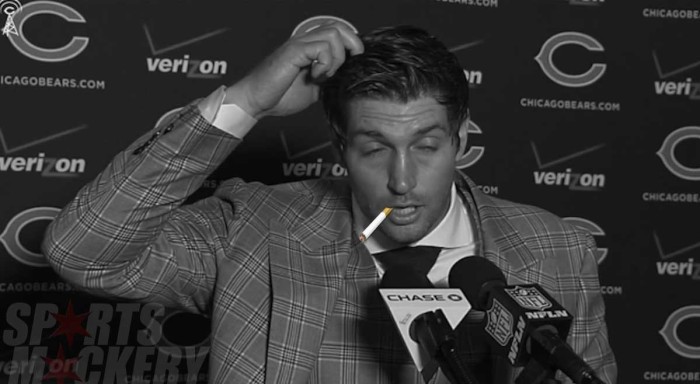 "..... it's intercepted in the end zone and that will be a touch back...... and the hometown fans are not happy about that. Just listen to them!"

"F**K the hometown fans! Like they know best. They just wait for you to fail. You call in a take out order and they just assume you want to "PICK" it up because you're good at it. ****ing hyenas"

I noticed Cutlers first assignment is a nationally televised Bears preseason tilt. This is going to be so much fun.

What a mess. Mitchell Trubisky re-enters game again after Connor Shaw suffered another injury. Trubisky threw an incompletion and was sacked to end the game. Browns win 25-0.

Instead of having Trubisky simply run out the clock -- Cleveland led 25-0 -- the Bears surprisingly asked their future franchise quarterback to drop back and pass three times in the final 1:04 -- twice in the last 11 seconds. The Browns not only hit Trubisky on those final two pass attempts, they sacked him as he tried to move up in the pocket as time expired.

Saw some of the "highlights" from that schit show last night. John Fox is going to screw that kid up.

Tillman earned a bachelor's degree in criminal justice from the University of Louisiana-Lafayette before the Bears drafted him in the second round in 2003. He grew up in a military family — his father, Donald Tillman Jr., was a sergeant in the Army — and attended 11 schools from kindergarten through 12th grade.

The #Bears are making a QB move: They will start No. 2 pick Mitchell Trubisky going forward, sources said (as @DanGrazianoESPN said).

I don't think this is a good move.  Glennon sucks, but what's the harm in letting MT sit and learn a little longer.  Maybe it'll work out.

Or maybe they'll destroy Trubisky's confidence and the Bears will suck for another decade.

I don't think this is a good move.  Glennon sucks, but what's the harm in letting MT sit and learn a little longer.  Maybe it'll work out.

Agree. The Bores have NO WR's to speak of, a shaky OL at times, and the running game is their only plus on offense. Not the recipe for success you want to give your franchise to.