it's not March 17th is it?  what's with this leprechaun sighting above and why's he wearing purple?

Is it purple hearts and blue moons? Or Purple moons and blue hearts?

Either way they are magically delicious.

"He's a strong, hard runner in the vein of Dez Bryant," an NFC personnel man said Tuesday. "That has ways to affect DBs as equally as speed. He's got good quickness. It's just the long speed.

"This is his second year. I think he has the potential to grow into being a good player. Those guys (Jennings, Nelson, Cobb) are a different level, but Jordy wasn't Jordy in his first couple years. It does take time."

Jennings had the worst drop rate (8.1%) of his Packers' career in his second season. In his Year 2, Nelson sprained a knee and was relegated to No. 4. Jones' second year was a downer due to a recurring knee injury, erratic hands and negligible run after the catch.

"He's hit the bump in the road," said Van Pelt. "It's a crossroads for him. He's got to toughen up, get mentally tougher and make the plays that are there for him to make.

"I wasn't there but I hear talk of 'J.J.' (Jones) in his second year having the drops. Guys have that. It's part of the growth process.

I think it's an important reminder that in their second years, Jordy, Jennings, and JJ all had some pretty mediocre years. As explained above. Still, here's a look at the rookie WR's since 2014:

In order, here are the career statistics for the first 12 wide receivers selected in the 2014 draft plus other productive players.

That he was still injured this last game was obvious to anyone watching the game.

That the coaches left him in there useless like that is the part that needs a spotlight right now.  As in RIGHT NOW.  It is either on the coaches for not seeing it or accepting it, or on the sheer ineptitude of his backup.

Either way, trotting him back out there to watch him literally trot around again should not even be an option right now.

Anyone thinking Adams flat out sucks and was "only OK" last year needs to watch him vs. NE and DAL.  No mediocre WR has days like that.  "oh but what about the other games? "  He was a rook for chrissake.   He's young, he's still developing and now he's injured.  We'll see next season.  Like most good players, he surprised some defenders last year as a rook, they now know how to defend him, and he has to develop a counter to those punches.  On top of that he was thrusted into the #2 slot.  He's been brutal but that's not unusual.  His struggles have been magnified by the overall dumps of the passing game.  He needs to work his way out of it.

He was a rook behind Nelson and Cobb, so he was rearely (if ever) the 1st or 2nd option.

Yes? How may I assist you?

Far be it from me to defend Duhvante, but this $hit be broke-dick all over. It ain't just him droppin' balls and running crap routes. And there were plenty of worms killed in that span of 3 weeks by #12, who seemed to get his mojo somewhat back vs. the Queens.

He may not be that bad if he would just remember which side of the line to run them on.

A wise man once told me, “Make them chase you” https://t.co/QJAYX4T5Mc

Was that Benny Hill chasing Adams?

One of the keystone cops 🚓

I'm in the mood for some Yakety Sax.

The Seattle DB plays that pass just like King played Kittle. And for that matter, any WR who gets a big completion on King. A complete 180 turn. And whenever they do that, it's an EZ-PZ completion with that much separation.

IMHO King stands up too much. Like in any sport, the straighter you stand, the higher your center of gravity and thus the longer you take to get in and out of cuts.

So you're saying Lester Hayes was the best DB of All-Time? I never stand up if I can help it.

Because kids watched Darrell Revis and now watch Richard Sherman do that speed turn on basically every play. Those guys watched Deion do it every play. They could/can do it because they had/have the athleticism and most importantly the instincts to recover from being out of position normally. It’s why those guys don’t get beat deep normally, but it’s not something every corner can do. Sherm especially doesn’t have the recovery speed if he’s beaten deep, which I’m sure is why he does it, but he has amazing instincts to recover before QBs not named Rodgers can beat him underneath. Most CBs, like King, don’t have that and do get beat.

That speed-turn may be successful for some, but it takes quicker feet and more brains/experience than King has at this time.

Lester Hayes was certainly one of the stickiest cover corners of all time. 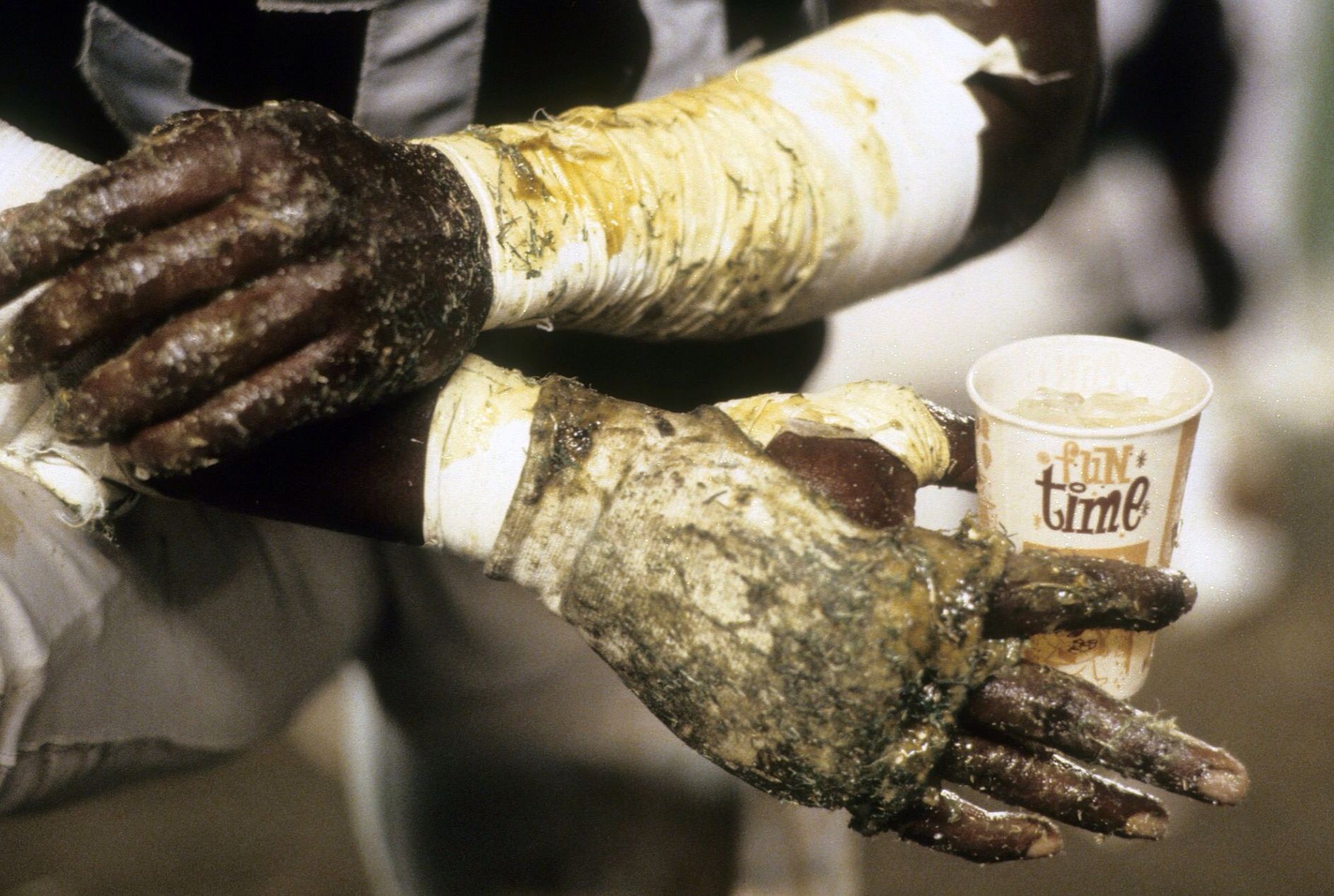 Best receiver in GB since Sterling Sharpe? He and Jordy are kind of 1a/1b IMO, they both do things better than the other one, but overall I'm not sure it's fair to say one is better than the other. I think Adams is a more naturally gifted athlete and with better instincts, but Jordy was a more reliable.