The sad state of QB in the NFL: How many QBS are clearly better than Cutler?

QBs are better than they've ever been. There's never been a period where there have been this many clear-cut Hall of Famers playing at the same time. The problem with today's NFL is that all the rule changes have made the game too focused on throwing the ball. Teams used to be able to make it to Super Bowls with guys like Vince Ferragamo and David Woodley by compensating with strong defenses and rushing attacks. That's impossible in today's NFL.

I don't think QBs are better than they've ever been but they sure look better.  Changing the rules of the game to protect the passer (and now the receivers) they way they now do has allowed that.

Not only the protection rules, but all of the ticky-tack PI/illegal contact/holding penalties. If you were to take the '85 Bears secondary or the '96 Packers secondary and put them on a defense today, they'd be one of the most heavily penalized groups in the league (at least until they adjusted to the new rules). Things got really bad in that regard at the end of Tagliabue's tenure, and they've only gotten worse under Goodell.

Teams used to be able to make it to Super Bowls with guys like Vince Ferragamo and David Woodley by compensating with strong defenses and rushing attacks. That's impossible in today's NFL.

Collin Kaepernick and Russ Wilson don't agree with this. At least not publicly.

RE: the 3 posts before Chilli... and yet, Cutler sucks.

Teams used to be able to make it to Super Bowls with guys like Vince Ferragamo and David Woodley by compensating with strong defenses and rushing attacks. That's impossible in today's NFL.

Collin Kaepernick and Russ Wilson don't agree with this. At least not publicly.

I hate Wilson, but he is a talented QB (not #2 salary in the league level talented, but he's at least in the top third of the league's starting QBs). Kaepernick was/is a pure gimmick player. He initially took the league by storm before teams figured him out, and he reacted poorly to the adversity since he's an immature punk.

More on Cutler from Grantland

"From the moment Cutler posed with Lovie Smith and Jerry Angelo for the first time at Halas Hall, the Bears have hired two new head coaches, two new general managers, and five offensive coordinators. Cutler has taken Chicago to the playoffs once, the same number of trips Rex Grossman and Kyle Orton delivered during their seasons as the team’s starting quarterback."

And during the most important playoff game he ever played in, he quit. 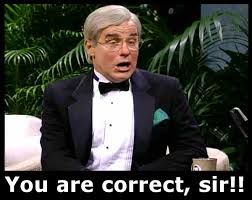 Good luck with that.

But, he's in the top 30 for the pre-season in receiving.

Hub used to be the biggest B*** homer.

ammoCheese Master
Originally Posted by Boris:
Little harsh there. He was actually injured. MCL if I remember correctly

And if I remember correctly Philip Rivers was hurt worse than that and kept playing.  So did RGIII.

Hey, we all know Cutler is a pussy & should've kept playing. That much we agree on. Where we disagree (apparently) is on the severity of Cutlers injury. I'm ok with that.

And onto another note, one time the Bears didn't suck.  Great story.

I'll remind you fellows that the spirit of the TBSS is ****ting on the Bores only and purely.

Any relevant Packer currents events talk (that has nothing to do with the last butt raping on said Bores by said Packers) will render me dyspeptic and it just shan't be pretty.

Just waiting for Deep Chitcago to fill us in on the strengths of the new GM.

Here's the thing I love about Emery...

BorisNFLFU® No longer Brainwashed
Forte is a receiver.

Forte is their only shot for much of an offense. He's had some solid games against us.

Martellus Bennett is a pretty good TE, and the Packers have struggled in the past against decent, pass-catching TEs.

The Packers ace in the hole.

He was born in Santa Claus, Ind.

No wonder he keeps giving us gifts.

The Packers ace in the hole.

Did you just call Jay Cutler an "Acehole"