I wouldn't pick him here like you want to do, but that is your prerogative

If Rondale Moore (WR Purdue) is available by #29, would Gut take a flier on him?  from the small sample size of WR's he has taken (3, all in 2018), not sure taking a smaller receiver is his MO, especially for the first pick, which means he may take him. He could be a playmaker at the next level.

The only WR that could be there at 29 that I'd even think about taking that high would be Bateman.

Bobby Brown is a really unique player and I think he is really underrated by Internet draft folks. I see the kind of size and length you want from a 5T, the size and strength you want from a 1T, and the quickness and agility you want to see from a 3T. In that way he seems like he could offer a lot of scheme versatility. I think because of his size and strength he was needed at NT, but I would be curious see him lose a little weight and kick around from 3T-5T. Pro day results:

Figures you would bring up Bobby Brown.

It's your prerogative, I guess.

You would think he would go by Robert or Bob or a middle name.

Maybe his mom was a fan of New Edition.

Well, the Pack had Bob Brown in the 60s and 70s.  Then they had Robert Brown in the 80s.  Bobby Brown seems like he’s destined to be a Packer.

This Bobby Brown would make a hell of a LT. 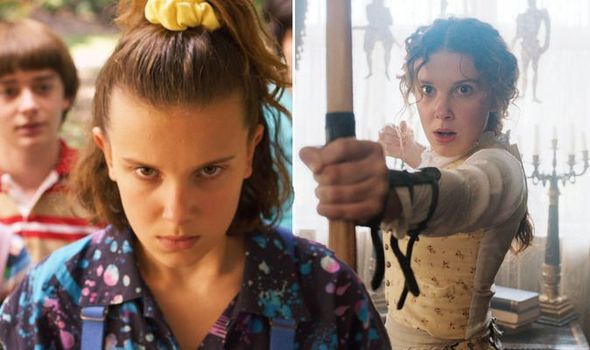 reggie white was nice to rookies.

Gutekunst seems to like young, traits guys and I also wonder about getting a "gadget" guy like Ervin, only better. These are some guys I find intriguing, in no particular order (and not all young or exceptional measurables):

Kenneth Gainwell - RB Memphis - Redshirt Sophomore: I really like him as a gadget guy. I don't think the comparisons to Antonio Gibson are fair even though they're both fast and have lined up in the slot a lot.  Gainwell doesn't have Gibson's size, he's 5'11" and got up to 201# for his Pro Day.  He's only really played one season of college football (he opted out of 2020 after losing FOUR family members to COVID-19) but he seems to have good vision and can move, with a listed 40 of 4.42.

Javian Hawkins - RB Louisville: He's short and his listed 5'9" and 196# came up 5'8" and 183#, though he did have a 4.44 40, at least. He has  speed and quickness as well as being elusive, sounding not dissimilar to Aaron Jones, except he doesn't seem to have good vision and doesn't seem to have good ball security. I say "meh" but then I look at the three receivers Gutekunst took and think "maybe".

Elijah Moore - WR Ole Miss - Junior: Actually measure slightly taller than listed at 5'9.5" and 178#. He's small, kind of pointless as a blocker and not much of a route runner but a 4.32 40 and 6.65 three cone as well as return skills are all great traits. Would Gutekunst go outside his norm?

Amari Rodgers - WR Clemson - Senior: He came in almost exactly at his listed height/weight, he didn't run as well as I think many thought he would at his pro day, not getting under 4.51 and a mediocre lateral time at 7.12. He's built thicker than the other guys and probably offers more as a blocker and he'll probably slide to Day 3.

D'Wayne Eskridge - WR Western Michigan : Kind of the anti-Sam Shields, he split time between corner and receiver, then got injured, though he did get an extra year of eligibility. It's interesting that some were supposedly a bit disappointed he ran "only" a 4.38 40 and 6.95 three cone. I'm guessing worst case he still doesn't make it to past Round 4, maybe not even to Day 3.

Marlon Williams - WR Central Florida: He's not really like the rest of these guys, but he seems like the kind of guy Gutekunst would like (or maybe it's just that I like him). He measured a little over 5'11" and 209# today and a really mediocre 4.59 40. Guy reminds me of a tougher Cooper Cupp. I think he's a scrapper with good hands and has a little of that Cupp/Jordy Nelson thing where they play faster than they look. He wouldn't be a jet sweep guy, but a screen and short yardage machine.

I think a gadget guy makes the most sense in this offense.  Adams is Adams.  MVS isn't going anywhere but he has zero versatility.  Still have the Funchess element I guess.  A better Ervin makes a lot of sense IMO.  I'd still prefer defense over anything but mid round guys like that are intriguing.

I just hope Ohio State QB  Justin Fields is off the board when its our turn to pick.

Kansas RB Pooka Williams makes a lot of sense for that gadget role in this offense. He’s probably a mid rounder.

I just hope Ohio State QB  Justin Fields is off the board when its our turn to pick.

Maybe he'll drop just far enough that we can trade our 4th rounder to someone and move up a few picks to get him.

Hey Ron Wolf says take a QB every year. He doesn’t specify WHERE to take a QB.

If Green Bay doesn't get one of the top corners, the guys I'd like to see them nab are from the group of Tay Gowan, Trill Williams, Paulson Adebo or Keith Taylor. All have size, good speed and very good lateral agility.

Figures you would bring up Bobby Brown.

It's your prerogative, I guess.

Maybe he'll drop just far enough that we can trade our 4th rounder to someone and move up a few picks to get him.

Gerp will be building for the future of the future.

Kansas RB Pooka Williams makes a lot of sense for that gadget role in this offense. He’s probably a mid rounder.

Plus, Pooka in Wisconsin just makes too much sense.

Ernie Reck and the Polka Playboys presents “The Pooka Polka”

The #49ers are asking for a first-round draft pick for Jimmy G#PatMcAfeeShowLIVE pic.twitter.com/fMeBqlVD5s

49ers just be clowning the league. They’ll actually take a 4 for him.

So how does that affect the Love market?